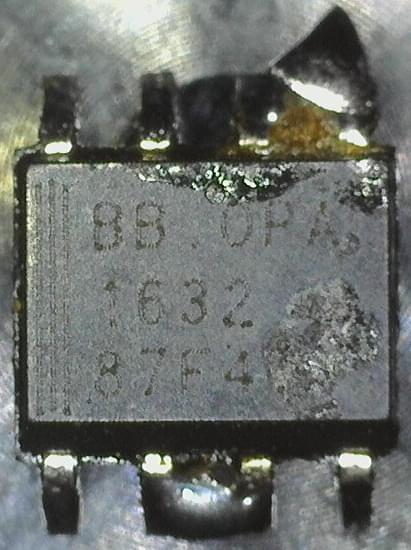 This specimen is an OPA1632D, which is the SOIC-8 -packaged version of the chip. Here's the raw die after decapping (click for max resolution photo): 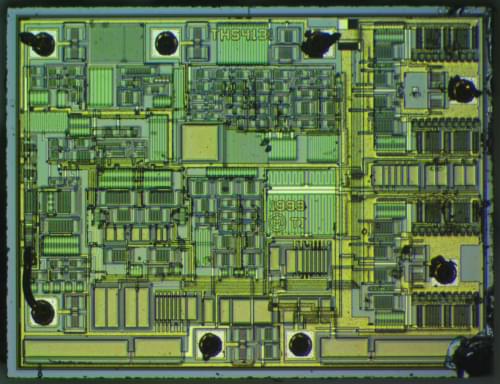 This photo was captured using my "Frankenscope", and is licensed under Creative Commons Attribution 4.0 International.

There's one very interesting detail here: the label says THS4131, which is a different product and much more expensive! What's going on?

Some people on the Internet have already noticed that OPA1632 and THS4131 have almost identical characteristics based on their datasheets. Both most likely use the same chip design, but the dies are tested after manufacture and labeled either as OPA1632 or THS4131 depending on their characteristics. Apparently THS4131 has slightly better specs, so the slightly worse performing chips are probably sold as OPA1632.

There's nothing surprising or new about this, since many manufacturers sell lower-performing parts as different models. It makes perfect sense, since the chips are still functional but simply don't satisfy the full specs of the more expensive chips.