In my previous blog post I analyzed a Gameboy cartridge with a DMG-BEAN-01 circuit board. This time we'll take a look at three DMG-BEAN-02 games. I didn't trace the connections, because the DMG-BEAN-02 board seems to be identical to DMG-BEAN-01. I'm sure there's some kind of slight change to justify the version number, but I wasn't able to find any practical difference.

Bomber Boy a.k.a Atomic Punk a.k.a Dynablaster is the first Bomberman game released on the Gameboy. For some reason they decided to have a different name for the game in every major region (JP, EU, US). 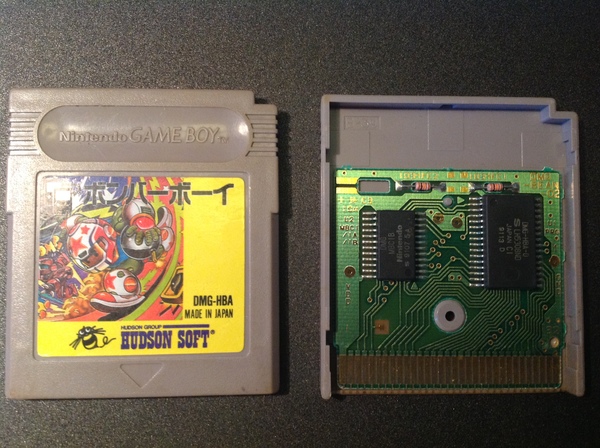 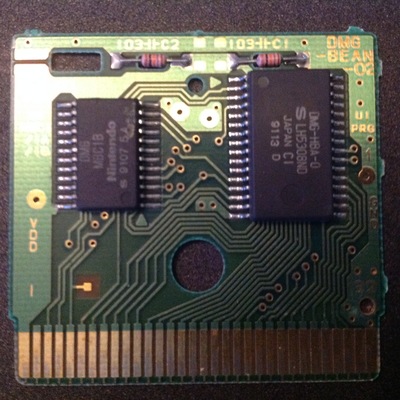 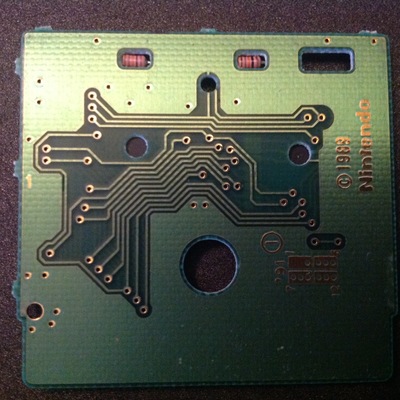 As expected, the board has an MBC1 chip, and a Sharp LH5308ND ROM chip labeled with DMG-HBA-0. The connections are the same as last time with one exception: this time M16 is connected to a valid pin on the ROM. I used a Sharp LH530800A datasheet as a comparison point, but the pin layout is actually a JEDEC standard so there's nothing surprising here. 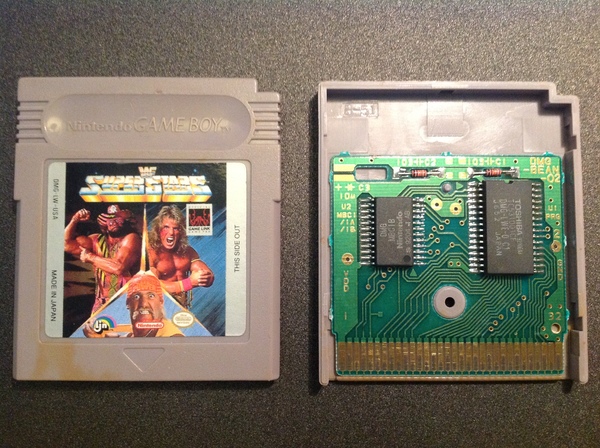 My cartridge has the code DMG-LW-USA, so it's the US release. The corresponding GoodGBX entry is "WWF Superstars (UE) [!].gb", so apparently the European version has the same ROM. This game is also 1 Mbit (= 128 KB). 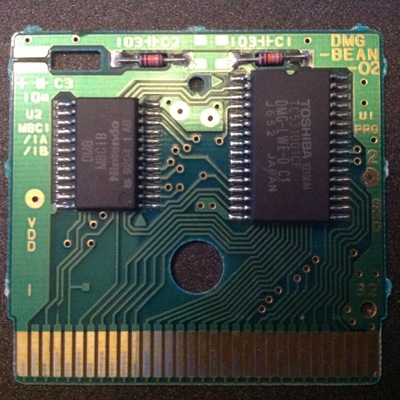 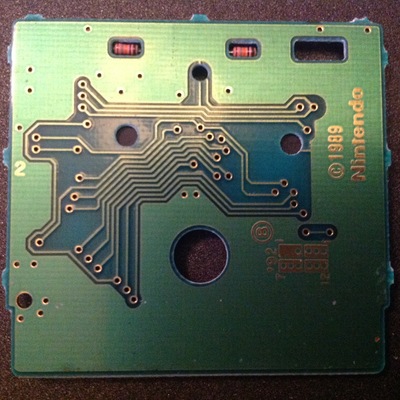 Once again, we have an MBC1 chip, but this time we have a Toshiba ROM chip: TC531001CF labeled with DMG-LWE-0. Unlike the previous ROM chips, this chip actually has a public data sheet! However, it uses the standard layout so there's nothing special about it. 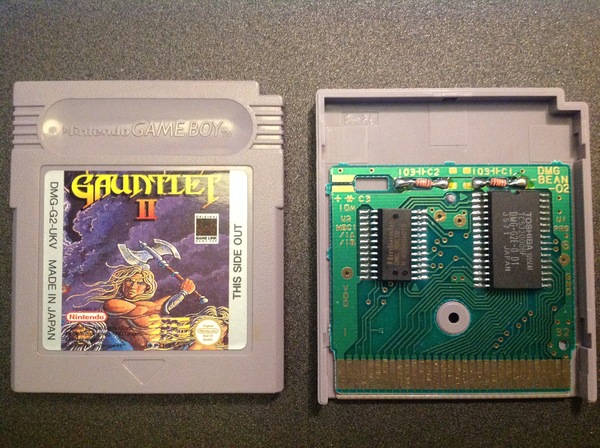 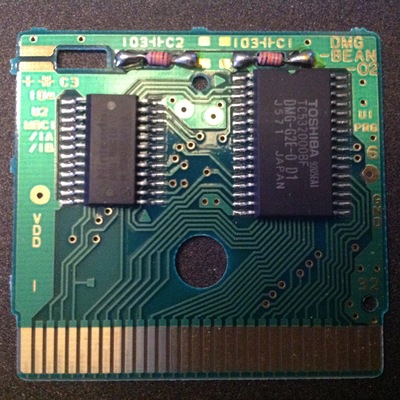 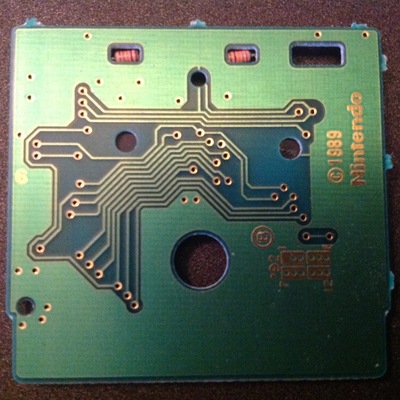 Once again we have an MBC1 chip, and a Toshiba ROM chip: TC532000BF labeled with DMG-G2E-0. Since it is a bigger ROM than previously, now also M17 is connected to a valid pin.

This time we didn't see anything exciting in the cartridges. The DMG-BEAN boards seem to be very common, so I think most RAMless classic Gameboy games use that same board layout. Having said that, I'm going to analyze an exception to that rule in the next blog post: Super Chinese Fighter GB. It has an 8Mbit (= 1 MB) ROM chip, so it needs 20 address pins and thus doesn't fit the DMG-BEAN layout.

After analysing Super Chinese Fighter, I'm going to move on to games with RAM chips. We're going to look at two different RAM sizes, and also an MBC1 game that has a 16Mbit ROM chip, which is the maximum supported by MBC1. Then it's time to peek and poke the cartidges with some test software, and we can summarize the analysis of MBC1 and figure out how to emulate the chip's behaviour properly.